The Data on Science and Religion

Check out my guest post at Nothing in Biology Makes Sense! .

Fireflies in Space! … sort of?

Dr. Siouxsie Wiles has continued her ‘Meet the Lampyridae’ series with this new video that explains how the biology behind firefly luminesce may help us to find life in outer space.  Curious how? Watch the video!

Click here to find the first video in the series.

Here is a fascinating TED talk by Drew Berry, who makes beautiful animations of cellular and molecular processes.  In this case, he highlights some of his work that illustrates DNA replication and the kinetochore microtubules (the machinery that pulls apart homologous chromosomes during meiosis).

Via Devin Drown at Google+.

The Wonders of Rhino Feet 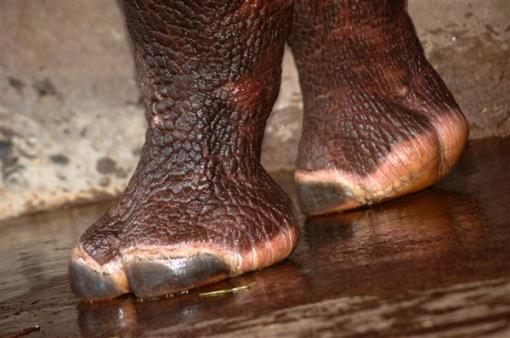 BBC News Science and Environment recently published a very interesting story about how researchers at the Royal Veterinary College in London are working to uncover how rhino feet support the massive weight of their full-grown rhino counterparts. To accomplish this, the researchers are working with rhinos at the Colchester Zoo that are trained to walk across pressure pads.  These pads allow the researchers to record exactly how the force is spread out across the bottom of the rhino’s feet.  They hope that the data they collect will help zoos to better care for their rhinos and also potentially help to inform engineers developing devices that must carry heavy loads while moving.  Here is a link to the article, which includes an excellent video of the researchers demonstrating the actual process of data collection in the zoo.  Research projects such as this remind me of how many awesome mysteries of the natural world remain for scientists to uncover. 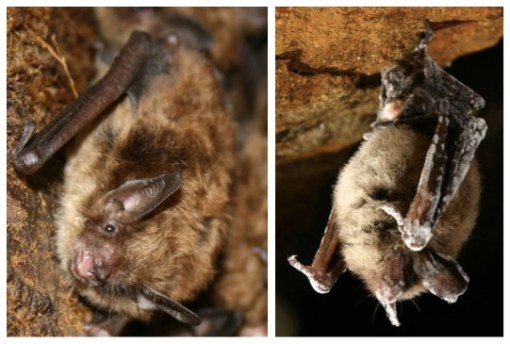 Since its first appearance in a New York cave in 2006, white-nose syndrome (WNS) has been associated with massive population declines in North America bat species.  The syndrome is characterized by the appearance of a white fungus on skin, and notably on the nose, of hibernating bats.  Unfortunately, these fungal growths are also associated with frequent disturbances during hibernations, a lack of important fat reserves and death.  In caves hit by the disease, colonies are reduced in size anywhere from 30 – 99% and the floor of the cave become littered with the bodies of dead bats [1].  Since its emergence, scientists have been working rapidly to determine the cause of this disease and suggest potential strategies to reduce its spread and help recover infected populations.
END_OF_DOCUMENT_TOKEN_TO_BE_REPLACED

Enjoy this inspirational video from David Attenborough and BBC One.

Check out this beautiful new video from Infectious Thoughts that explains how understanding what makes fireflies glow can help us to develop better antibiotics and address important global problems.  I think it is an excellent argument for the value of basic science research.  None of this would have been possible without funding for researchers to understand firefly biology, irrespective of the potential applications.

Here is a radio clip from Our Changing World on Radio New Zealand National where Siouxsie Wiles explains her research in more detail:

In popular science news this week, we find a story about the largest insect ever photographed.  The culprit caught in the photo above is known as a Giant Weta.  So, you may ask, what exactly is a Giant Weta? And, how exactly can you find (err, avoid) this critter?
END_OF_DOCUMENT_TOKEN_TO_BE_REPLACED

The Enemy of my Enemy is my …

Parasitoids are an especially gruesome type of parasite that spend part of their life attached to or inside a host organism. They differ from other parasites because they inevitably kill or sterilize their host.  For example, parasitoid wasps reproduce by laying their eggs inside of the body of a host insect. The eggs then hatch and the larvae consume their host from the inside out as they grow and develop, until ultimately they emerge, killing their host “Alien“-style.  A recent paper published online at the Journal of Evolutionary Biology, investigates a particularly interesting case in which a parasitoid wasp, Leptopilina boulardi, is in turn infected by a virus, LbFV, that manipulates the wasps parasitoid behavior.
END_OF_DOCUMENT_TOKEN_TO_BE_REPLACED

I love the creative and artistic videos from CreatureCast.  They do a fantastic job of blending beautiful aesthetics with cool biology.  Their most recent video focuses on the display behavior of Australian Giant Cuttlefish (Sepia apama).  Like its name suggests, the Australian Giant Cuttlefish is the largest species of cuttlefish, weighing up to 25 lbs., and can be found in the waters off of the southern coast of Australia. Below is a real life clip of the Passing Cloud Pattern described in the CreatureCast video.